Established in July 1954, Bugisu Cooperative Union – BCU, a Ugandan agricultural cooperative union, privately owned by coffee farmers in Bugisu Sub – region, Eastern Uganda has and continues to play a vital role in the lives of ordinary coffee farmers within the sub region and its environs.

To ensure that their social and economic contribution grows from strength to strength, BCU leadership have resolved to start a Savings and Credit Cooperative Organization named BCU SACCO

The prospect is headquartered in Mbale town whilst 9 branches will be operational in the 9 primary societies across Bugisu by March 2020.

“The prime reason of starting this BCU SACCO is to financially empower our members with capital base and coffee financing.” Johny Isiah Sasaga, the head of BCU SACCO said in an interview.

Having witnessed their Cooperative bank run defunct two decades ago, BCU as an entity focused on mobilizing members’ coffee, bulking and marketing, however, Sasaga admits that they found it difficult to operative without an independent banking department within the union.

“With the SACOO within the Union now, it makes it easy for us to support member farmers with loan advances, build a robust record system, at the same time, be able to instill the saving culture in to our community of coffee farmers.” Sasaga also a BCU board member told AICA Website.

Members will be required to present pass books or membership cards including a letter from BCU guaranteeing them in order to get money from the SACCO.

The Union’s chairman Nathan Nandala Mafabi is optimistic that the introduction of BCU will only see the entity grow from strength to strength.

Nandala reckons that the SACCO will act as “an absolute connector which will unite the union farmers the more.”

The Chairman further expects the Union to be able to pay farmers using the SACCO various branches across the region instead of farmers incurring transport expenses to travel up to BCU headquarters in Mbale town for payments.

With the paid up membership already at 500 (by press time) and registration paperwork complete, BCU is hopeful that their SACCO will be officially inaugurated in March 2020.

The establishment of BCU SACCO comes barely two months since the Union opened its commercial Radio station, BCU FM, the first ever owned and managed by the cooperative in Uganda. 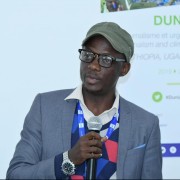