The authorities of Katakwi district in north eastern Uganda have given a last season ultimatum to farmers who have cultivated and settled in wetlands.

Simon Okello, the Katakwi District Environment Officer told Aica that, wetlands in the district have for a long time averagely declined due to encroachment, an issue which has greatly contributed to the worrying meteorological conditions in the region.

According to the officer, over 98% of the swamps and grazing areas in the district are being tampered with by the community and now own as their land.

“Most of the people who use swamps for crop growing say they inherited them from their great grandparents who were also using the swamps for a very long time,” explained Okello.

Some of the farmers whom Aica spoke complained that unemployment, poverty, poor service delivery by government, lack of government livelihood projects among others are the reasons why they have gone ahead to grow rice for quicker benefits.

Julius Olemetum, a resident of Alukocuk Parish in Katakwi district confirmed that he has an acre to of rice in the middle of the swamp.

He added that, since they faced a poor rainy season this year, most youth started the rice farming in swampy areas so that they can support their families.

Justine Achan, a 33year old farmer in Cheele village in Abela parish, Katakwi sub county, katakwi district, said the wetland she cultivates rice (Super rice) is their family inheritance. According to her, they have over 23 heacters of swampland that belongs to the family.

“I got my father growing rice in the wetland and I and other four siblings cultivate on this wetland,” said Achan.

She added that, “wetlands are the only places where such variety of rice can be grown.”

Another family member who loved to remain anonymous said that, whenever there is any meeting concerning environment at the sub county, they are told not to encroach on the wetlands since this helps in maintaining our green environment.

But according to him, they don’t get any yield if they grow rice on the upland, which is why they continue using the swap.

But according to Geoffrey Omolo, the district Chairperson, most of the locals mishandle swamps in the district since they don’t have information on the benefits of the wetlands to the environment.

He added that, the communities need to be sensitized on the benefits, use and effects of mismanaging the wetlands.

“The district needs to demarcate the wetland areas in the district, to show the areas at the swamps where water can breathe freely to avoid floods and drought,” said the Chairman.

Most communities in the district always fall victims of floods. This can be attributed to encroached wetlands for farm work and construction of settlement shelters.

However, Denis Okori, Deputy Resident District Commissioner has asked communities that are currently using wetlands as farms and settlement areas to start looking for upland areas to settle before authorities start operations against them.

Okori added that, people who have farms in the wetlands are given only this season of harvest to have their crops secured but warned them against cultivating in the same area in the future season.

The rapid decline in the ENR according to the Ministry of Water and Environment has been attributed to a number of drivers including but not limited to industrialization, unplanned urbanization, deforestation and agriculture. The high population growth rate of 3.2% annually and poverty levels also contribute to the ENR decline.

Unless the ENR is sustainably managed, the targets for social and economic transformation as enshrined in Uganda’s Vision 2040, the National Adaptation Plan III, Water and Environment Sector Development Plan, the Green Growth Strategy and the Sustainable Development Goals will be realized.

As a solution to this matter, the Cabinet of Uganda sitting on Monday 26th July, 2021 directed on urgent actions on environment, some of which include;

Eviction of all encroachers in the government forest reserves, lakeshores and riverbanks in order to allow recovery of the affected ecosystems. The encroachers are given time to harvest their crops and voluntarily vacate and those who fail to comply will be evicted.

On the same note, government has also agreed to mobilize and re-organize encroachers of rural wetlands to engage into alternative sustainable wetlands utilization models and the growing of rice and other crops in the wetlands have been banned and bush burning across the country must also stop.

In this matter, the government of Uganda has declared a decade of environmental restoration and all Ugandans have been called upon to participate in the noble cause. 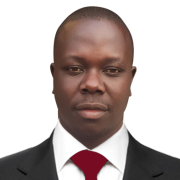 Francis Ocen is a passionate community journalist based in Katakwi district of north eastern Uganda. He reports about community solutions stories, and investigates on issues that affect people. Francis has received several trainings in investigative journalism, climate journalism, political journalism and business reporting. His reports are usually shared by the local radios in the region such as TBS Fm, Joshua FM, Kyoga Veritas FM, among others.