The European Union in collaboration with the World Food Programme (WFP), the Food and Agriculture Organisation (FAO) have launched a 16.69 billion Shillings Pro-Resilience Action project (Pro-ACT) aimed at helping the Karamoja region to respond to food shocks.

The project seeks to strengthen food shock response systems in all the nine districts of Karamoja through early warning on weather patterns and assistance that enables households take action to reduce their risk.

Under the project, the the development partners, with the Office of the Prime Minister as the main implementing partner, will ensure that Karamoja effectively responds to food challenges.

Ambassador Attilio Pacifici, the European Union Head of Delegation appreciated Government of Uganda for being at the forefront of all development and emergency programmes in the country.

Ambassador Pacifici, said that the project will help government and partners to use evidence in order to inform policy and support creation of sustainable systems and policies for disaster response.

Hon. Esther Davinah Anyakun, Minister of State for Relief, Disaster Preparedness and Refugees says that the government is committed to ensuring everyone in Uganda including Karamoja has enough nutritious food through projects such as Elderly’s senior Citizen Grant and the Covid 19 relief funds.

“We need partners such as EU, WFP and FAO to strengthen our response all over the country, our people need simple weather information that they can understand and act upon for this case government welcomes the project because it aims to empowering communities with information and providing sustainable solutions,” said the minister.

In Karamoja there is always a lean season which is a period between planting and harvest, usually occurring from March to July, when there is little food and minimal rainfall.

The 2021 WFP, FAO, and Ministry of Agriculture, Animal Industry and Fisheries Integrated Food Security Phase Classification (IPC) analysis shows that this lean season is worse than that of last year.

A total of 361,000 people in Karamoja, 30 percent of the population, faced high levels of food insecurity between March and July this year. FAO has already piloted a drought early warning system to improve community preparation for the lean season and other cyclic shocks that affect food security.

FAO’s Deputy Representative in Uganda, Ms. Priya Gujadhur said they are working with the Government of Uganda to build an effective early warning system for Karamoja that will predict, in time, food security shocks, and then support government and communities to prepare accordingly.

She also emphasized the importance of strengthening the capacity of national and local stakeholders adding that Early identification of risks linked to clear action will reduce the impact of food security shocks before needs peak.

As part of Pro-ACT, the EU is contributing to WFP’s lean season response by providing a protective ration. The protective ration is assistance that will help reduce the likelihood of sharing specialized nutritious food that is meant for treatment of malnutrition in children under five and pregnant and breastfeeding women.

A total of 361,000 people in Karamoja, 30 percent of the population, faced high levels of food insecurity between March and July this year.

According to Ryan Anderson, the WFP Deputy Country Director, WFP is providing assistance to only a fraction of the people who need it in Karamoja. The frequency and severity of natural hazards in Uganda is only going to get worse with climate change and the number of people in need will grow. We must be smarter in the way we respond to shocks

“Providing people with the information and skills they need to prepare is the most effective way of reducing humanitarian need over time. Zero hunger is possible only if communities have the right tools to manage shocks,” Anderson said.

Paul Komol Lotee, the Kotido District LC V Chairperson says that the project is key since they need urgent support in regard to preparing and responding to food security shocks such as drought.

Mr. Komol applauded the EU,WFP and FAO for bringing this project to karamoja since they need urgent support when it comes to preparing and responding to food security shocks such as drought.

According to him, the Karimojong people are suffering because there was no rain, the crops failed and they do not know what to do just because they never prepared for such attacks.

“The main bigger problem in Karamoja is food insecurity, we have lost many people. they die even us the local authorities have stopped publishing it because there’s no solution yet, but since this project has come, this is  going to be the great fight against hunger and we shall overcome the situation,” Adupa said.

According to him, alcohol is the major food in his Subcounty as locals resort to buying local brew locally known as Kwete for children while the adults go for waragi which has claimed lives of many and it’s hard to stop the vice because poverty and lack of food is what drives them to buzz.

Karamoja has consistently had the lowest development indicators in the country. At 66 percent, the region’s poverty rate is three times the national poverty rate of 20 percent and more than 30 times that of Kampala, the capital of Uganda, which stands at two percent.

A WFP and FAO historical drought analysis shows that Karamoja has a 30 percent chance of experiencing a drought or dry spell in any given year, the highest in the country. 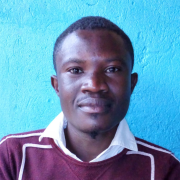 Godfred Eyoku is a young journalist for Aica based in Karamoja sub with hands-on experience in news reporting, broadcast media and videography, with focus on climate issues in the region. He has a diploma in journalism and mass communication and he also works as a news editor, news anchor and presenter at Radio Akica FM in Moroto district. With his interest in journalism for social change, Godfred has co-founded SKYNET MEDIA; an upcoming youth led company aiming at training community reporters on basic journalism skills and also provide media related services such as research, documentary and feature stories.